In the following paragraphs, we will elaborate on his testimony at length and provide examples of how old European media's smearing habit actually is, and how disconnected it is from the realities on the ground. It deals with the people and events the author saw during his stay in Istanbul in -- in the era of Abdulhamid II -- and his impressions of the city. In this section of the book, Hamsun assesses, from his own perspective, Istanbul's life style, social structure and social dynamics as well as various indicators regarding the form of government.

Notwithstanding the typical Orientalist sentences that he intersperses his writing with stemming from his formerly acquired biases , he does not shy away from making courageous remarks, showing that he has changed his opinions and was amazed by the things he saw in many of the places he visited. In a passage that reveals the amazement he feels even before he set foot on land, Hamsun writes, "What we see is very different from what we have so far thought. Or are we not in Turkey? For thirty years, I have been reading articles about a country 'brought to the brink of bankruptcy by incompetent sultans'.

The truth is, our ferry is now making its way in a land of tales with its small towns filled with orchards and gardens that dazzle us with the roses glowing in bright red," showing that the real Istanbul he saw for himself was very different from the perceptions of Istanbul manufactured by European newspapers. In several places in his book, Hamsun also emphasizes that there is a big difference between the Sultan Abdulhamid II that he had created in his mind based on the things he had read in European newspapers and the Sultan Abdulhamid II that he himself saw and got to know about in Istanbul.

Turkey Faces the “Perfidy” of the West

Noting that magazines in Europe had, for so many years, been creating an image of a non-human sultan and that articles that did not conform to the stereotypical European judgments on the sultan were too few and far between, Hamsun offers a new set of depictions based on his own observations in several parts of the book. He writes, "The sultan took care to develop trade in the country, did not object to the reforms in schools, allowed the construction of railways, and reorganized his army. It is said that he is a very hard-working person, wakes up at 5 in the morning, and orders his clerks to spend their nights in the palace so that they are able to respond to his calls immediately in case of urgencies.

Hamsun's description of Sultan Abdulhamid, making references in the meantime to General Wallace, Sidney Whitman and Pierre Loti, who knew Istanbul very well, is also important in order to understand the difference between reality and fiction. These lines that bear witness to history, are -- with reference to Hamsun again -- but "drops in the ocean of publication".

Turkey's strategic position in the East-West equation and its direction of movement in the flow of history, which has mostly displayed continuity, is undoubtedly not something of a novelty; this has gone on since the Seljuk and Ottoman times. The author's interest also shows this. Therefore, Turkey has always occupied a critical position in the minds of, primarily, Europeans, and then of Americans, who appeared on the stage of history much later. Anatolia has always been closely monitored by the Western public opinion; this was the case at the peak of its power as well as when it showed signs of weakening.

One fact that has remained constant, however, is that the dominant attitude in the media -- the primary instrument in shaping the public opinion -- has been negative. As soon as the first newspapers appeared in the West in the 17th century as content-carrying apparatuses, the Ottoman Empire or Turkey were immediately branded as the "other" in news articles and comments.

The increase in the diversity of mass media tools over the course of history, with more and more advanced devices coming on the market every now and then, has resulted in the mere duplication, in copious amounts, of the same perspectives to a large extent instead of introducing a change and balance in the contents. 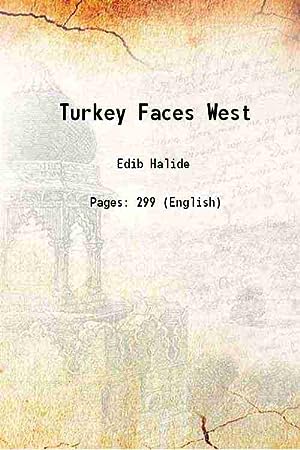 The most current version of this negative attitude can be traced in the news reports on refugees used against Turkey, whereas Turkey has been hosting some four million Syrian refugees and is a country that has saved millions of Syrian lives through its "open-door" policy.

The countries of the Western media institutions that publish such biased pieces have not been doing anything to solve this problem politically, and they do almost nothing to protect the refugees.


As such, those whose only source of information is the media have their opinions on Turkey tainted and shaped negatively. This fact remaining unchanged for quite some time also means that Hamsun's personal accounts of Istanbul and the Ottoman sultan are actually up-to-date even though they were written exactly years ago. This unfortunately shows very clearly that Europe's perception of Turkey has always been imbued with similar biases.

Western media carries on its tradition of antagonism against Turkey. Inside Turkey, however, few can make sense of this anachronistic notion of shared identity. Although this decision did not completely satisfy the Turkish government, which apparently preferred the status of an observer, it still had a profound meaning, as Turkey is the first NATO member state to enjoy such a privileged institutional relationship with the SCO.


More recently, the brutal suppression of the Taksim Gezi Park demonstrations by Turkish security forces heightened concerns about the future of democracy in Turkey, giving rise to more frequent comparisons between the Turkish regime and the authoritarian political systems of the SCO member states. Oct 25, An Alternative Partner to the West? However, the landscape has recently undergone a dramatic change, with increasing numbers of symposiums, forums, panels, articles, columns, think tanks, and researchers focusing on Sino-Turkish relations in China or in Turkey.

The change is mostly due to the impressive rise of both Turkey and China as powers on the regional and global level, respectively. Today, Turkey is the sixteenth largest economy and China the second largest. At the same time, they are more ardently looking at and listening to each other. This is now changing. New economic linkages and the relative absence of thorny political issues are bringing them closer together.

Through different conceptualizations of the term, Turkey and Japan are both middle powers. Indeed, widely read textbooks about Turkish foreign policy published around regard Turkey as a middle power.

In the Japanese context, several scholars, including Yonosuke Nagai, Yoshikazu Sakamoto, Nobuya Banba, and Mitsuru Yamamoto, have evaluated the foreign policy of their own country as middle power diplomacy since the late s. Recently, Yoshihide Soeya comprehensively summed up Japanese middle power diplomacy after the s. Sevilla, Jr. The Philippines and Turkey have not fully capitalized on their human resources and strategic assets in order to expand commercial ties and boost cultural exchanges.

Three recent developments indicate that the groundwork is being laid to pursue a more robust bilateral relationship: 1 the opening of Turkish-owned schools operating both in Manila and in Zamboanga City southern Philippines ; 2 the creation of the Pacific Dialogue Foundation in the Philippines; and 3 the establishment of the Turkish Chamber of Commerce in the Philippines.

They have different historical experiences and state structures. The role that religion plays in their public life also differs markedly.